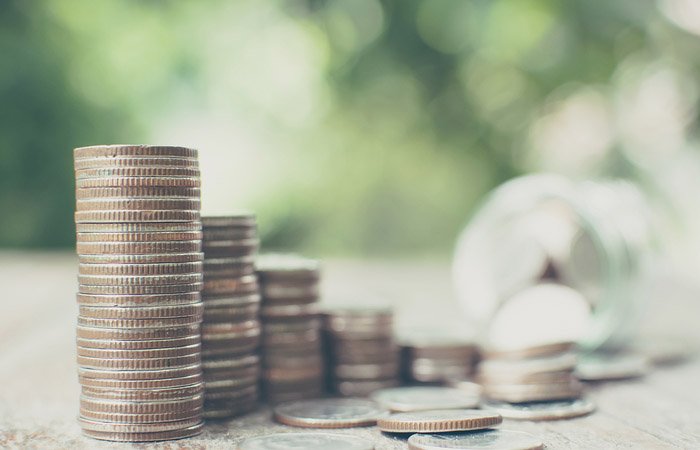 All Income Is Not Created Equal

One of the most impactful first financial lessons includes the illustration of how compound interest works. Investing your money results in exponential rather than linear growth due to your earnings also earning money. There’s another very important lesson as well, though, that is often overlooked. This lesson centers on the varying potential for different types of income to grow your wealth. It’s true. A dollar isn’t simply just a dollar and all income just simply isn’t the same. Why? One word: taxes.

With a federal income rate as high as 39.6%, some state rates exceeding 10%, and FICA taxes at 7.65%, a significant portion of your hard-earned money may be going straight to the government. Just how much taxes you are subject to depends on the specific type of income that you are earning.

So What Are These Taxes Exactly?

Of course, federal income taxes are much more complicated than simply taking your income and multiplying it by the published tax rates. There are deductions ane exemptions as well that reduce your income and the tax system is progressive, meaning that your income is taxed incrementally starting at lower rates.

The 2017 federal income tax brackets for married and single filers are shown in the chart below. These tax rates are referred to as “regular” or “ordinary” rates. As you might expect, this applies to essentially all types of income that the IRS doesn’t explicitly specify as qualifying for special, or “preferential” rates. The taxes that apply to these qualifying types of income, generally limited to qualified dividends and long-term gains as discussed later, are called the capital gain tax rates. These are shown in the right-hand column of the chart. Now, how often do you see a 0% tax rate?! Even if you know nothing about taxes, this is something you can get on board with for sure.

Of the 41 states that have an income tax, the majority start with the adjusted gross income number from the federal income tax return. Certain additions and subtractions are then made to arrive at a state taxable income number, upon which state income tax is calculated.

Nearly all states tax wage & salary income, although there are a few that only tax dividends and interest only. In addition, there are other states (such as my home state of Michigan) that don’t tax retirement and pension income to an extent. There are varying rules for each state, but it is worthwhile to do the research to find out how your income is being taxed in your particular state.

To fund the Social Security and Medicare programs, employees are required to pay 7.65% of wages, adjusted for a few pre-tax items such as medical premiums paid. The exact calculation is explained in the (free) mini-class TX302: Payroll Withholding Tax Essentials. In addition, employers are required to pay in 7.65% as well and those that are self-employed pay both the employee and employer portions for a total rate of 15.3%.

And How Exactly Do Taxes Affect Income?

The majority of Americans are employed by someone else. As an employee, your salary and wage income is taxed at “ordinary” federal tax rates, those rates as high as 39.6%. That same income is generally taxed at a state and local tax level as well, depending on where you live.

And then on top of all of that, you’ll also pay FICA taxes on your wages as well. As if going to work every day isn’t taxing enough already (get it? get it?).

Fortunately, it is possible to exclude a portion of your wage income from tax. This includes any amounts that you contribute directly to pre-tax retirement and health savings accounts, deductions for medical insurance, and a few other items. Moral of the story: take advantage of as many pre-tax savings opportunities that you can, especially if you have a high income.

Now, if you want to really pay a lot in taxes then you should definitely start your own business and report it as either Schedule C income or as an LLC where the income all flows to your personal income tax return. The income potential is unlimited, but the government is going to want their share too of course.

This income is subject to ordinary tax rates as well as both the employer and employee portions of FICA taxes. This is definitely something to consider if you’re considering replacing your current job with a freelancing or consulting job or adding an additional side hustle. You need to know what your real take-away income will be after additional taxes are considered to see if it’s really worth it.

As a self-employed person, you take on the responsibility for calculating and remitting your income tax estimates and payroll taxes to the government, so you probably “feel” it more than if you were an employee.

Owning a business gives you more opportunities to manage your taxes, including FICA taxes. There are legal structures, such as setting up a corporation or S-corporation that can allow you to reinvest the properties without paying a significant amount in taxes

There are legal structures, such as setting up a corporation or S-corporation that can help immensely in reducing your tax burden. This area of the law can be so complicated that it’s essential that you either have the knowledge regarding the legal and tax implications of different business structures or hire someone that does.

As another example, a corporation may be used if the income earned is taxable at a lower income rate than you’d pay on your personal tax return, although you’ll ultimately be taxed when you take money out of the company in the form of a dividend or capital gain (however, these are taxed at lower rates).

A rental property offers the opportunity for additional tax deductions, such as depreciation. A leveraged property can provide some significant tax benefits. However, ultimately the net income (income less applicable rental expenses) is taxed at ordinary tax rates. Rental income is not considered self-employment income, though, so only income tax rates apply, not FICA taxes.

Rental properties are generally taxed in the state where they are physically located, so that is an important consideration as well. It may be more advantageous to invest in rental real estate in states with low or no income tax.

Distributions from traditional retirement and pension accounts are taxed at ordinary income rates. Because the government allows you to deduct the amount you contribute to retirement accounts from your gross income before calculating income subject to tax (either through 401k contributions or other pre-tax IRA contributions), you have never paid tax on this money or the income generated over the years. When the money is withdrawn from the account, it’s all subject to tax.

Roth retirement accounts are treated completely differently. With Roth retirement accounts, you have already paid tax on the money you contribute to the account. The IRS allows a special allowance that the income and capital gains aren’t taxable either, as long as the requirements are met, including not withdrawing the earnings before age 59 1/2.

There is a penalty of 10% for withdrawing retirement funds early, so if you decide that you want to take all of your money out and do something else with it, your income will be reduced not only by federal income taxes but an extra 10% as well.

There are quite a few states that don’t tax at least a portion of retirement and pension income, even though they have an income tax.

Investment income includes interest, dividends and capital gains from the sale of investments. If you don’t have enough other reasons to get started investing, tax minimization is a great one!

All investment income is not treated equally though, either. Interest from bank accounts and bonds and short-term capital gains (for assets held less than a year) are taxed at ordinary income tax rates. Dividends from assets not held for a certain holding period are also taxed at regular rates.

Qualified dividends, those held from stocks that have met the holding period requirement, are taxed at much lower rates, or for those in lower tax brackets they are not taxed at all. Long-term capital gains from assets that are held for at least a year are also taxed at these lower rates. The federal tax rate chart above shows that the savings can be up to 19.6% lower. You can think of this as getting an extra 19.6% return on your investments!

Offsetting these low tax rates is the 3.8% net investment income tax that applies to higher income individuals, which does minimize the impact of the lower rates, but only to a very minimal extent.

So What Do I Do To Keep More of My Income?

The investors win here by a landslide, while those that are living paycheck to paycheck are the biggest taxpayers of all. The spenders rely heavily on highly taxed wage and salary income for an extended period of time, without shifting any of this income to investment income, which greatly reduces the tax burden.

Owning your own business can be another great way to shield some of your income from taxes if it is structured in certain ways that allow for reinvestment or reduced amounts of salaries and wages. Often, the cost of professional advice to implement a sound plan is considerably less than the benefits received.

Let’s consider an example of a single person living in Michigan that has $100,000 in taxable income (which is the remaining income after deductions and exemptions). A summary of this person’s total tax burden is shown in the table summarized below.

By considering the impact of taxes on income, you can take action to ensure that you keep more of your own money in your pocket rather than paying the lion’s share to the government.

What do you do to minimize income taxes on your income?