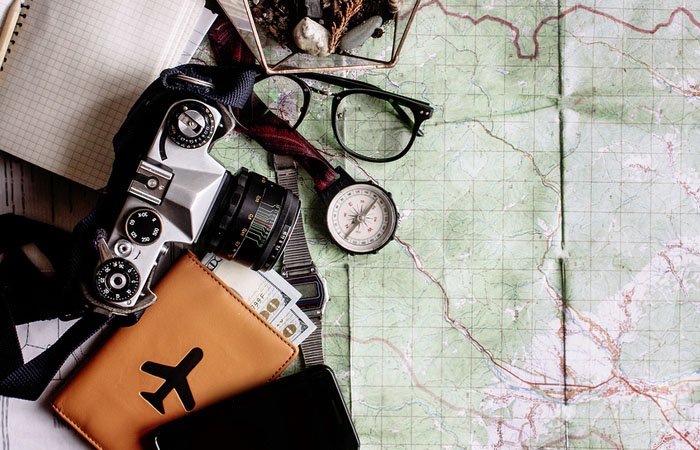 What Having It All Taught Me About Money

I’ve had it all. I’ve lived in a multimillionaire dollar home with gardeners, a private car and driver, and a full-time nanny and housekeeper. I’ve experienced what it’s like to be the upper 1%. And I learned a lot about myself! I grew up in the beautiful countryside near Colorado’s La Plata mountains. There was no shortage of sunshine, freedom or time to play in my childhood. It was a simple life and I only realized after becoming an adult that we were poor. We had enough food, a home to live in and the bills were always paid. We had enough, but not really any more than just enough.

My parents were extremely frugal out of necessity. Our home was mostly heated in the winter with a wood-burning stove and there was no air conditioning in the summer. My clothes were hand-me-downs from my three older sisters, so you can imagine what they looked like by the time they got to me (not to mention, they were often purchased at thrift shops or handed down from others originally!).

Growing up, we lived by the rule:

Use it up, wear it out, make it do, or do without”

We did go without a lot of things in fact despite using things up, wearing them out and making do with what we had.

When I was young I thought that success meant having all the nice things that I’d never had: the beautiful home, a brand new car, and brand name clothes and shoes. My picture of wealth included an abundance of material things. It really did seem as though people that were rich were happier in life. They certainly seemed to have lives of ease and comfort.

I wanted to be successful in life and have all of these things.

When I left home, I followed the path that society laid out for me in order to achieve success.

I graduated from college with my bachelor’s and master’s degrees in accounting and during this time got married (check and check, although I got married way too young!).

We bought a “starter” house as soon as we could (the real estate market only goes up…well, unless you purchased in 2006 like us).

We then upgraded to a new car (because that’s what you do when you get a “real” job!).

Our first baby was born and we had to buy ALL the stuff (you know what I mean).

We decided that there wasn’t enough room in that little starter home and bought a bigger home with a garage that would fit more stuff.

Another baby came and we needed to buy a lot more stuff (it was a boy and we only had girl baby stuff!)

We continued to try to balance two careers, daycare, house payments, car payments and all the regular bills that life demanded. And we did this over and over and over without any real direction.

Getting Off the Path

And then, the path of our lives took a sudde­­n turn. My husband was offered an international business assignment in Shanghai, China. We had never really talked to anyone that had actually been an expatriate (or had actually been to China for that matter), but it sounded like a great adventure to us at a time where our kids would adapt easily to a new environment.

It literally changed my life forever.

We sold our cars, rented out our home in the U.S. and the company provided our housing, utilities, and transportation while abroad. Essentially, not only did we have extra income, but no longer had to pay for some of our largest expenses like our mortgage and car payments. While we weren’t necessarily struggling to make ends meet before the assignment, we received a significant amount of additional income and benefits that negated any need to worry about money.

We were dropped nearly instantly into a lifestyle of wealth and abundance. All around us were Chinese migrant workers living on next to nothing, which made our lifestyle seem even more extreme.

We were living in a multi-million dollar home with marble floors and cherry staircases that wound around for four stories. The 2+ story great room had velvet curtains that went all the way up the ceiling-to-floor windows and real oil paintings adorned the walls. A gardener would come daily to tend to the yard and we had a full-time driver and ayi (nanny/housekeeper). I won’t say that it wasn’t difficult at times because it certainly was, but it was a dream life that I only could have imagined.

I had everything that I had ever thought as a child would make me rich, plus so much more:

We lived in a beautiful, spacious home, were driven around in an expensive car, and had the money to buy all the new clothes I could want.

I didn’t even have to wash my own dishes, clean my own floors or pick up after my kids.

If I didn’t feel like doing them, I could delegate grocery shopping, cooking and pretty much everything else.

I finally started exercising regularly and was able to pursue hobbies that I’d never had much time for previously because of my responsibilities as a working mom with two small children.

We traveled extensively throughout Asia, visiting places that I had never even dared to dream I would be able to visit. We went to Angkor Wat, the Taj Mahal, and played on the beaches of Bali.

With our new lifestyle, I never tracked our expenses during the year we lived in Shanghai. Other than ensuring that I deposited enough money into our local Chinese bank account for our expenses, I didn’t pay much attention to our money at all. We didn’t spend a whole lot and were saving significantly more than we spent, so it didn’t seem necessary.


And while it all sounds amazing (and in some ways it was!), I learned a lot about myself during this time. I was able to realize valuable things about myself and about life that I simply wouldn’t have learned otherwise.

I wish that I could give everyone a short-term experience of “having it all” so they could gain this perspective for themselves. When we came back from our international assignments in Shanghai & Seoul, we chose to purchase a modest home, buy used cars and prioritize our spending on the things that are really important to us: savings for retirement and college, travel and pursuing our hobbies and dreams. We stopped chasing better and bigger and instead focused on the things that were important to us.

It turns out that I no longer hold onto my childhood dreams of being rich and successful and I’m not willing to let society tell me what that means anyway. I’m taking my own path and it’s so much better. I’ve discovered that money can buy security, peace of mind, freedom and once-in-a-lifetime experiences instead. What else could you ever truly want? What else will truly make you happy?

The assignment in Shanghai only lasted a year, but the lessons I learned will last me a lifetime. Who knew that living a life where I was “rich” would make me content with having less?

I’d love to know: Is there a time in your life that your perspective about money has drastically changed?