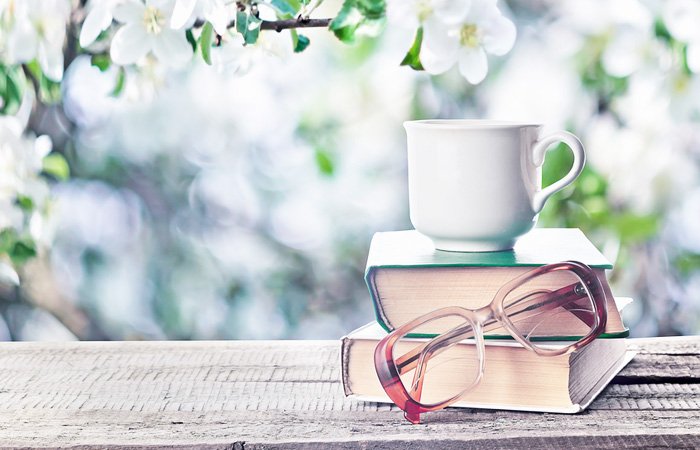 The Impact of Minimalism on My Personal & Financial Life All I really want is a simple life.

I want to be outside in the sunshine and relax with a good book.

I want to work hard and feel like I’ve accomplished something each and every day.

I want to go on adventures with my kids and see their eyes light up when they discover something new or accomplish something they’ve never been able to before.

I want to feel at the end of each day that I’ve done something to make the world a better place by helping others.

My desire for this simple life has drawn me to the minimalism movement long before I knew it even existed.

WHAT STARTED MY MINIMALISM JOURNEY

In between growing up poor and the time I lived a multi-million dollar lifestyle as an expatriate in China, we were a very typical American family. We bought houses and cars and were constantly focused on upgrading our lives. You can read more about how my life in Shanghai shifted my mindset about money in that post here.

Even before I had that money epiphany, I had a realization that changed my life just as much or possibly even more.

When we moved to Shanghai, we did so with only two suitcases per person (eight total) plus two car seats and a stroller. In addition, we were given a few hundred dollars for “soft landing” purchases, specifically for things related to setting up our home like pillows, towels, and dishes until the bulk of our belongings made it to us. The home we moved into was furnished with a basic couch, dining table and beds. We had all the necessities.

It took approximately eight weeks for the 40-foot container of our belongings to be shipped across the ocean and go through Chinese customs.

Eight weeks of freedom from stuff.

It was during these weeks that I realized how much time and energy I had been spending in the past on stuff. Buying stuff. Organizing stuff. Cleaning stuff. Fixing stuff. Instead, I was able to spend more time with my kids, enjoy the sunshine at the park, read books and just relax.

My heart was telling me this:

Maybe the life you’ve always wanted is buried under everything you own.”
(Joshua Becker, The More of Less).

I can’t say that when our things arrived from the U.S. that I wasn’t excited. I was tired of wearing the same clothes and I wanted my hobby supplies. I can say, though, that I absolutely didn’t miss 99% of the things in that 40-foot container. I literally had a semi-truck full of things that weren’t really important to me.

WHAT HAPPENED WHEN I FOUND MY “WHY”

This was the beginning of my journey toward minimalism, a path I’ve been on for over five years now. With each subsequent move, an additional move within Shanghai, then a move to Seoul, then a move back to the United States, I worked on donating or giving away things that we no longer needed.

Yet we still had a full 40-foot container when we moved back to the United States…so full that a couple things fell out of the back of it when they went to open it back up.

Around the time that I was moving back to the U.S., I discovered Becoming Minimalist. I found my “why” in my minimalism efforts and it made all the difference for me. It was there that I discovered the following definition of minimalism that I have gone back to again and again:

Minimalism is the intentional promotion of things we most value and the removal of anything that distracts us from them.”

After another nearly eight weeks waiting for my stuff to arrive from Asia and being reminded of how little those things were missed, I was determined when everything arrived that I would go through every single item that I unpacked and decide whether it provided value or should be removed.

This process was complicated by the fact that we were looking to buy another home and I knew that we would be moving yet again in the near future. Yes, that’s five moves in about five years! If you want to learn how to become a minimalist, just move a household full of junk around the world a few times. It will help you determine the things that you value.

Our 3-car garage was packed with boxes after that latest move this past summer and the upcoming Michigan winter motivated me to go through things as fast as I could so that I could park my car in the garage. In addition, the combination of a rainstorm and a garage door left slightly open really got me motivated to go through some boxes one week (you can see that a little in the picture below!).

HOW MINIMALISM HAS CHANGED MY LIFE

My journey is still ongoing. I still have unpacked boxes lining my bedroom walls even a full nine months after we’ve officially moved in (my husband is not loving this mess). My garage doesn’t look that much better, except that my car can fit. I can’t go out and publicly declare myself a minimalist yet I suppose.

But I can tell you, without a doubt, that every second I’ve spent going through my belongings has multiplied many times over in saving me time and energy in every other aspect of my life.

Minimalism has been a change of perspective for me that helps me to create a life that I love.

The impact on my personal life is limitless, but I’ll provide five of the most defined benefits:

My financial life has also benefited from minimalism in the following ways:

I’ve found that the more I get rid of things that I don’t value, the greater my contentment and the closer I get to my ideal life. It contributes to my personal happiness as well as saving me money, which also makes me happy.

If you think that minimalism is for those that want to live in tiny houses and wear the same clothes every day, you’re missing the benefits that it can bring to your life. You can be a minimalist in your own home right now in whatever season of life you’re currently in. It’s not about reducing your belongings to a bare minimum, but instead putting your values first and your stuff second.

How has the minimalist movement made an impact on your life?