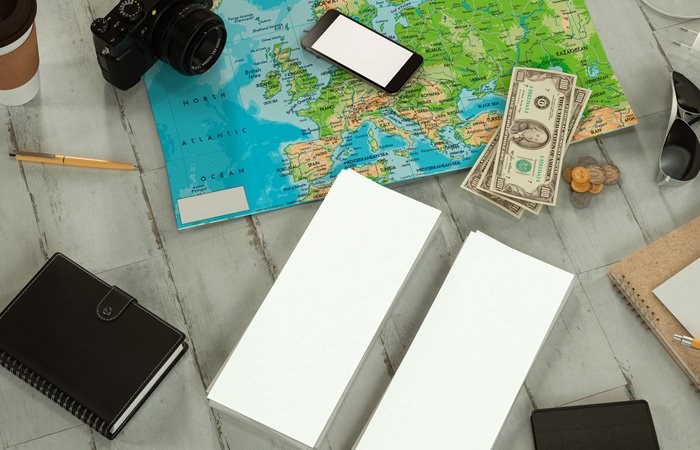 5 Money Mindset Shifts I’ve Made After Discovering FIRE (as an outsider of the movement!)

Many people turn their financial lives around after hitting rock bottom. A crushing debt load or a sudden financial crisis spurs them to make drastic changes.

That’s not my story. I didn’t hit a low. Instead, it was the opposite that changed my financial life. Years ago, we embarked on our first big travel adventure. We had just recently become expatriates in China (the first time around, as we’re currently back again) and the move essentially resulted in a sudden windfall for us due to the influx of bonuses and allowances that the opportunity presented.

We spent nearly a five-figure sum on this 9-day trip to Cambodia and Vietnam and were excited to see the world with our two small kids (ages 3 and 1).

But my biggest discovery wasn’t the splendor of Angkor Wat in Siam Reap or the horrors of the Chu Chi tunnels of Vietnam.

It was the realization of my unlimited potential to use my time and resources to build any life I wanted for myself. An opportunity that is afforded to only a select few in the vast world in which we live.

Here I was, spending more on this trip than many of these people made in an entire year of difficult work. And I knew then that money doesn’t buy happiness.

My Discovery of the FIRE Movement

The next few years brought a lot more travel, numerous hours of reading books like Your Money or Your Life, The Millionaire Next Door and The Automatic Millionaire as well as the discovery of hundreds of amazing personal finance blogs. I discovered for the first time the concept of financial independence, namely the ability to live entirely off your passive income while no longer needing to work to support your lifestyle.

As someone that grew up poor, this was an absolute financial epiphany (that’s a thing, right?!).

I relate so much to the mindset of those pursuing FIRE, yet I feel like I’m not really part of the FIRE movement.

I’m not living off $30k a year on only the bare necessities like Mr. Money Mustache. I didn’t get rid of my car in favor of riding only a bike around. And I don’t save 90% of my income like the Frugal Gene through side hustles and cutting out all excess spending. We certainly aren’t going to move into an RV like Steve & Courtney with our 3 kids to travel full time around the country (they don’t have kids or they probably wouldn’t either!). And we chose the expat package to move us abroad, unlike Jim’s upcoming move to Panama.

I love to read about the amazing accomplishments of these people in the FIRE movement (and many, many others!).

We probably won’t even actually retire before our 60’s. However, we are making decisions that should allow us to have the choice to retire much, much earlier if we ever changed our minds or something happened to us.

It’s the mindset and attitudes of the FIRE movement that I’m 100% a part of. It’s these truths that have impacted me.

For those pursuing the “RE” or “Retire Early” part of the FIRE movement, there’s a recent focus on ensuring that you have something that you’re retiring to, rather than just retiring from.

I can very much relate to this from being a stay-at-home parent for several years. Leaving a career that previously defined your entire adult life forces you to redefine who you are and how you’re contributing to the world. It requires you to look deep inside yourself and see who you really are and what’s truly important to you.

And then it encourages you to go out and make a difference with your newfound perspective on life.

That’s what the members of the FIRE community are doing: spending their time helping and encouraging others to be more intentional about their lives while living this truth themselves every single day. Yes, there’s probably a few out there lounging on the beach every day, but that’s the vast minority.

Getting your finances in order allows you to focus on the things that you’re truly passionate about, without being tied to a full-time job that consumes your waking hours. You don’t have to be financially independent yet to find this truth and to pursue your passions, but being on the path certainly helps!

2. It’s Not About Money At All

On a related note, those in the FIRE community know that it’s not really about the money at all. None of it is. It’s about life.

I’ve found that focusing on my finances has allowed me to reach a point where I really don’t spend much time thinking about it at all. I no longer even know whether it’s payday and I am confident that I can cover any financial crisis that comes my way.

It didn’t take nearly as much money as I’d thought it would to get to this point. It took:

And now that I feel that I am well on my way to having enough? My time and energy have been freed up to focus on more important things. That’s what FIRE is all about: living life on your own terms, without money being the primary factor.

We’re not at financial independence yet, but we certainly have a degree of financial freedom that allows us to make decisions that we wouldn’t be able to otherwise.

At first, I thought I was really rocking it financially when I ran all sorts of projections and found that based on our current rate of retirement contributions, we’d have millions when we retired in our 60’s. Of course, this was before discovering the FIRE community with people that have saved over a million by their 30’s.

The FIRE community is full of people doing incredible things. They’re bucking society’s norms and realizing that they don’t have to follow the typical path that defines success. There’s no need for the bigger home, the fancier car, and the latest gadget to show the world that you’ve made it.

Those early retirees in their 30’s are doing something that seems nearly impossible for most people. And they’re showing how to do it.

As the saying goes:

Shoot for the moon. Even if you miss, you’ll land among the stars”.

I’ve started setting bigger goals for myself and I’ve simply had bigger accomplishments as a result. Even those times that I didn’t completely reach my goal!

4. Don’t Throw Money at the Problem

I have to admit that there have been numerous times that I thought that I could solve some problems in my life by buying something. Companies are good at marketing things to us, even things that we had no idea we “needed” until we saw the commercial (or billboard, or Facebook ad).

Problems can’t be solved through buying more convenience items. It’s often hard work that gives you the confidence you need to solve that problem and the next. The FIRE movement shows that a little bit of frugality and a lot of motivation are what you really need to succeed.

The opposite of not throwing money at the problem doesn’t necessarily have to be excessive frugality though. While many in the FIRE movement are extremely frugal, you can find a balanced approach that allows you to spend according to your values, but not be wasteful.

As a result of the FIRE community, I’ve dug a little deeper and found that there are plenty more ways to optimize my life and my money, without hardly sacrificing anything at all. It’s all about being intentional and spending according to your true values.

5. What Does It Mean to Have Enough?

If we let it, society will tell us that it’s never enough. We will always pursue that next promotion, the bigger home, exotic travel location, and the latest gadget to show that we are successful. There’s always the next thing we feel we need to achieve when we’ve reached one milestone. We convince ourselves that we’ll be happy when we have that “one more” thing or accomplishment.

The FIRE community has numerous resources to help people calculate their own “enough” number, specifically how much would be “enough” to be walk away from work and be able to live life on their own terms.

Even if your goal isn’t early retirement, it’s invaluable to know how much “enough” is for you. I’ve even drafted for myself an “enough” budget that shows how much it would require to really have everything I really want (and it’s way less than I thought it would be!).

Setting that “enough” target allows you the confidence to pursue opportunities without fear of failure and will likely make you more financially successful than before.

There are an awful lot of big problems that money can’t solve. But on the other hand, financial independence can eliminate a lot of problems too.

While others may have dissenting views on the FIRE movement, I’ve personally found nothing but good in the community. There are generous people like Physician on Fire, fellow spreadsheet gurus like Big ERN and numerous others. Really, there’s something for everyone here. There are truly amazing people doing incredible things.

Maybe I’m really not an outsider at all. I might just count myself as part of the FIRE movement from now on. Even if we do keep our 9-5’s a little longer than the rest of them.